An Affirmation a Day Keeps the Negative Thoughts at Bay ;) 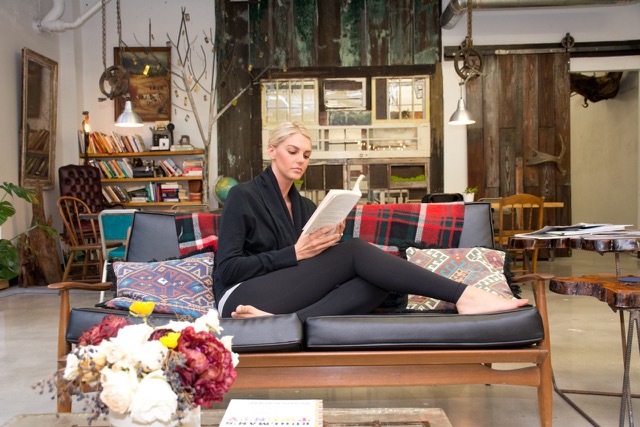 So, I’m guessing that the super-cute title drew you in! 😉 So, let’s talk affirmations. Little history here-when I was at Mercy Ministries for an eating disorder (you can read about that here) one of the first things they had me do upon arrival was to go through a list of negative self thoughts (ex. “I am ugly”) and circle all the ones I identified with. There were like a couple hundred of them. This insecure girl circled what seemed like a bajillion of them. 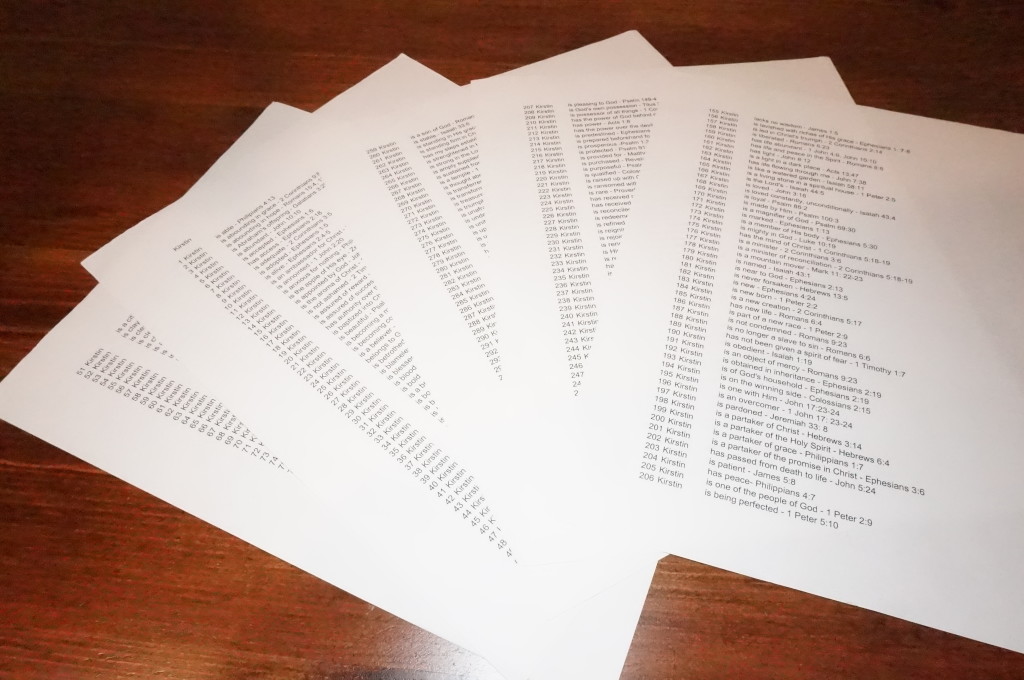 On the opposite side of the paper, there was a positive affirmation that countered the negative thought (ex. “I am beautifully and wonderfully made”). Then one of the staff members tore it down the middle and gave me the list of positive affirmations. Eventually, they typed them all up for me and in a more formal way wrote “Kirstin is… (positive affirmation).

From there I was told to read the list out loud every morning -um, excuse me-what? It was seriously one of the weirdest things I have done in my life and I have done a lot of weird ‘ish’. I remember the first morning barely mumbling each one, rolling my eyes incessantly, and thinking it was the most ridiculous waste of time.

But, something even weirder began to happen. About a couple weeks later, I remember looking into the mirror and thinking “huh, I don’t look so bad today”. This was a HUGE improvement because I had not had a thought close to that in yearsssss.

Slowly but surely the thoughts I had about myself began to change and I started to believe the words I read on the paper. 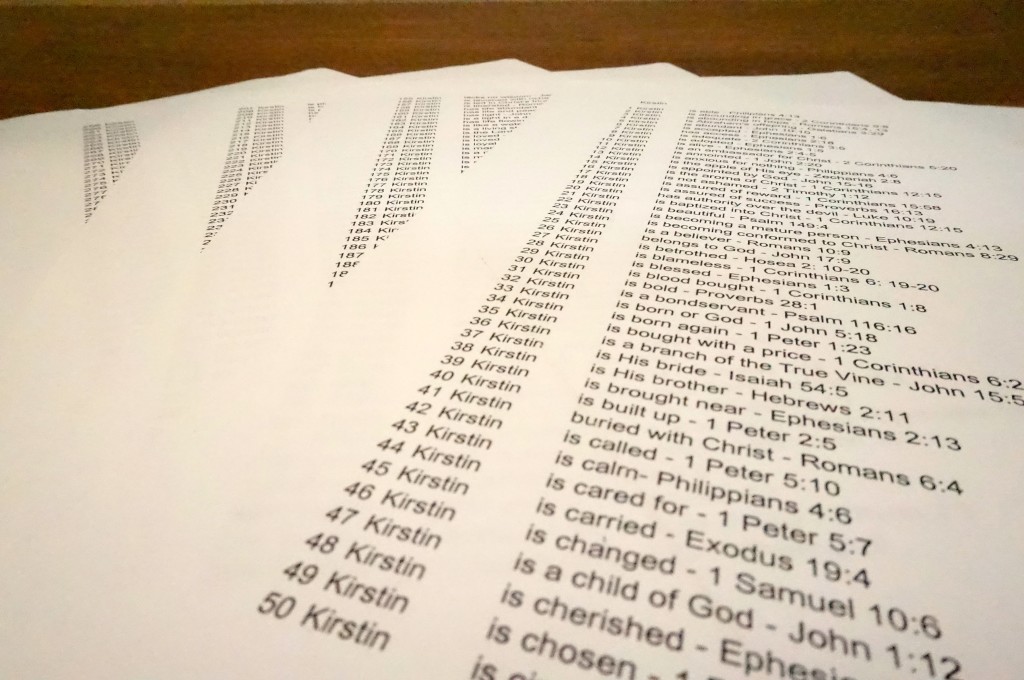 How could this be? A bunch of sentences I read out loud every morning really carried that much weight and really had that much of an impact on my thought life?

Yes, yes a thousand times yes. Years later I began to study this idea of “renewing your mind” or “cognitive restructuring” as we call it in psychology. It is the idea that you can actually change your thought patterns and chemistry of your brain (almost like rewiring it) through repeating positive, self-esteem building phrases, sentences, ideas, Bible verses, whatever… on a daily basis.

I think of it this way, every time I have a thought and repeat that thought over and over it is like going down the same path in a grassy field time and time again. Over time the path is clearer and more defined and I am able to run through it much quicker. This is actually happening in our brains.

This is also what was happening with my negative thoughts and why it is such a slippery slope. I really believed I was ugly and swore by it (it was smooth sailing down that path) but, as I started to counter that thought with “I am beautifully and wonderfully made”, I stopped running down the ugly path so much and was going down the “beautiful thought” one. The beautiful one became more defined and the ugly one stopped getting used and the grass grew back.

So, now I never have that thought. I have my  “ugh, I feel bloated” pmsy moments but, it doesn’t go beyond that. I refuse to entertain those negative thoughts because it is so not worth going back there.

structuring” spilled over into other areas of my life, giving me confidence, and with confidence came a plethora of awesome qualities.

So, my recommendation to you is to identify those continual negative thoughts! Write them down and find a positive thought to counter them (the bible is an awesome resource for this 😉 ) and begin to read them out loud, everyday. I don’t care how foolish you feel. It is worth it if it can change your brain! People do some pretty crazy ‘ish’ to change. You can get away with this one and still feel sane 😉 . 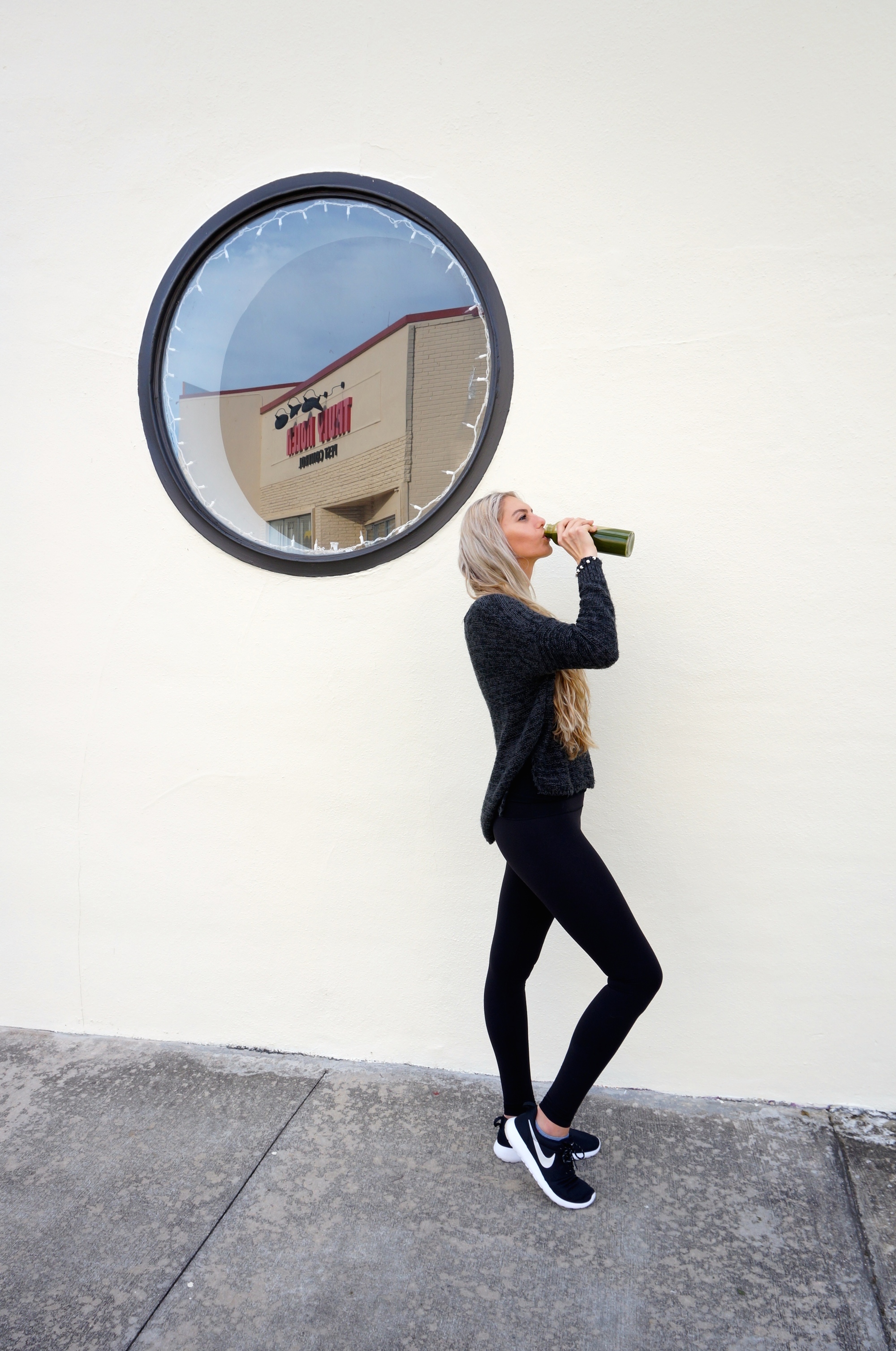