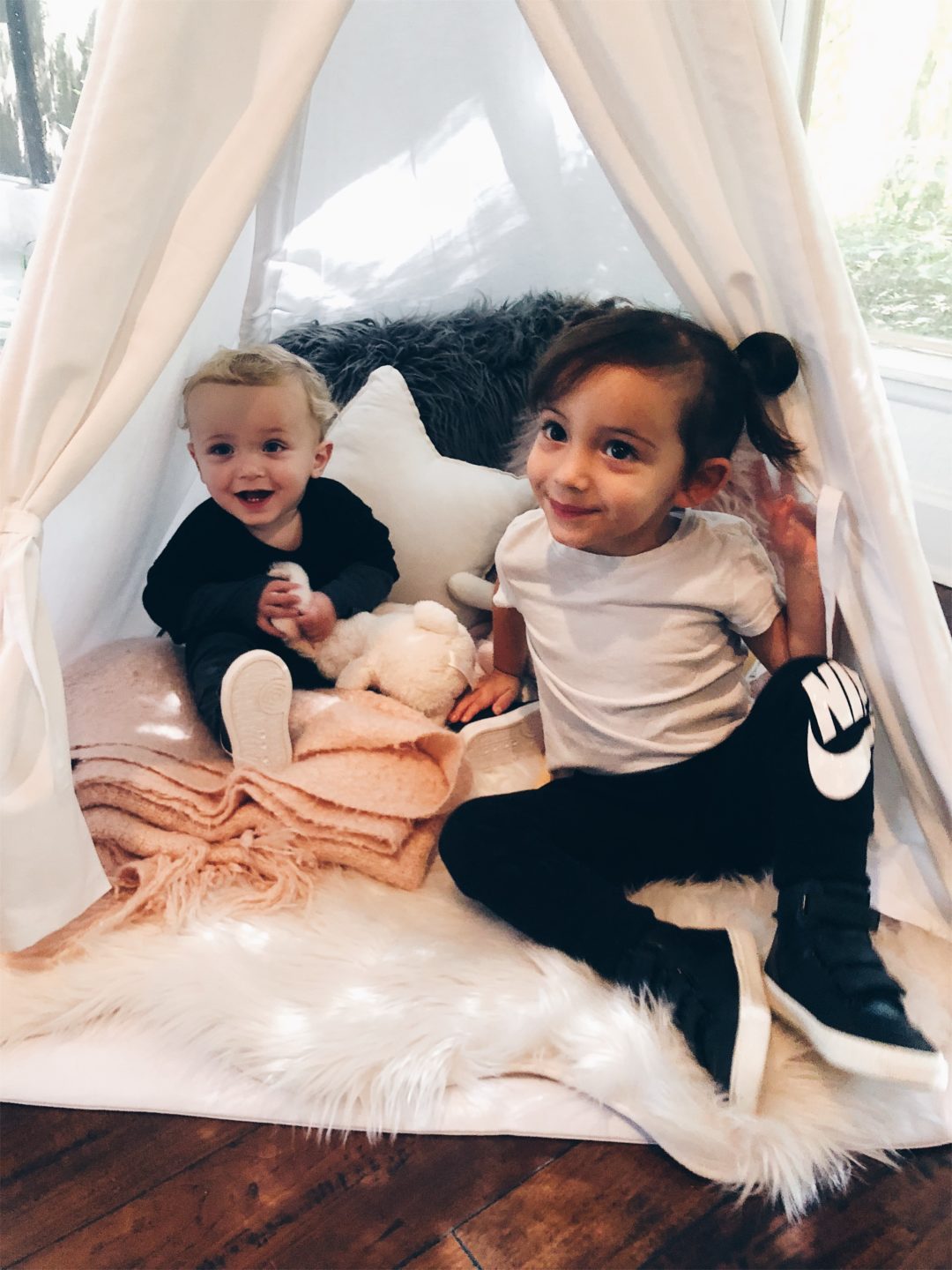 It’s been way too long since I have done one of these and selfishly I wanted to write it so I could go back and look one day to remember this fun stage!

Now that Mia and Kai are older things are a million times easier! So, stay strong moms of young ones it does get better (hope plug)! They started interacting and playing together all the time about a few months ago and things took a turn, in the best way. They started entertaining each other which was the sweetest thing to watch and the best thing for me because now I could actually get somethings done while they are awake, the power of siblings! They are 20 months apart and I LOVE that they are close in age and the older they get, the more that gap seems to get smaller.

Their favorite thing to do is be in a fort together. Don’t picture anything crazy, this usually means me taking one of their towels from bath and draping it over Kai’s play mat from when he was a baby. They will legit be entertained for 30 minutes under there, giving me time to do the dishes, make dinner, and clean the house. In a weird way time multiplies as a mom and things that use to take 2 hours can now get done in 20 min, I’m not questioning it.

They are both at super fun stages and are basically saying and doing the cutest things 23/7! Leaving an hour for meltdowns, tantrums, and whining of course 😉

One of my favorite things to do is go and get Kai out of his crib in the morning. He is such a little ray of sunshine! I go in his room, pick him up out of his crib, give him a million kisses, and he looks around raises both arms and says “wooooow”. Legit every morning! Like he’s so excited to start another day, it’s so precious!

He recently learned how to wave which means taking his arm and wildly shaking it up and down as fast as he can or he has a chiller version of just his arm straight up. He knows no stranger and will wave nonstop making sure not to miss one person.

Kai has the sweetest smile that continues to melt my heart, just like the first time. He loves to peak around corners or things and make eye contact with Tomas and I and shoot us the cutest little smile, we literally lose it every time!

He has developed a superpower where every time we go somewhere he looks around, assesses how high the ceilings are to see if there will be an echo, and then at the top of his lungs yells “ah ahh ahh ahhh” over and over. I go back and forth with it being cute and a little too much 😉

So, for those of you who don’t know we have been on a crawling journey with Kai. He just wouldn’t do it for the longest time, then figured out he can lay on his back and scoot backwards, so he did that for a while. Now he’s upright and uses his arms correctly but does a scoot dragging thing with one leg and using the other to hop along. Tomas comments all the time that he looks like a wounded soldier in battle and he’s kinda right, but I love it because it’s so Kai. I’ve given up on crawling and I’m pretty sure he’ll be walking soon. Every minute he is climbing up on things, standing, and walking around furniture, so soldier crawl to walking it will be!

He started saying “Mama” a few months ago and it’s probably what he says most. It seriously melts my heart. He is my little lover boy and I am so glad that Mia came with the bonus of him, I can’t imagine our lives without him. I feel like I miss him and think about him all the time, and it takes everything in me not to wake him up in the middle of the night to snuggle with him. He’s getting so big but is still such a little munckin rocking his 6-9 months clothes. I would do anything to pause time!

My favorite part of this stage with Mia is the things she says and the way she says them! Her certain phrases and things kill me!!

Every time I get back from work and give her a hug she says,“you miss me!” not in an asking way, in a commanding way, and let me tell you, home girl is right! 😉

Mia tells me every day she “wants a bike for Tismas”. I have yet to figure out what bike she is talking about and nervous I won’t be able to deliver. Every now and then she says it’s yellow, still pretty vague though. Pray for me.

She is honestly the sweetest and best big sister. Her little personality keeps me on my toes but in the best way! In a crazy way, she really is my mini me! I love that she is already my best little friend and I am so glad God gave her to me!

Somehow both of them still wake up several times a night, when will the madness end!??! But they are loving and silly and wild and crazy and constantly give me all the feels! Being their mom is my favorite part of life!

I can’t believe I have two toddlers now, it really does feel surreal! It’s crazy watching them develop in their personalities but also watching their babyness drift further away. As fun as these stages are I do hear it keeps getting better! So, onto more fun stages and maybe more sleep? Just kidding. 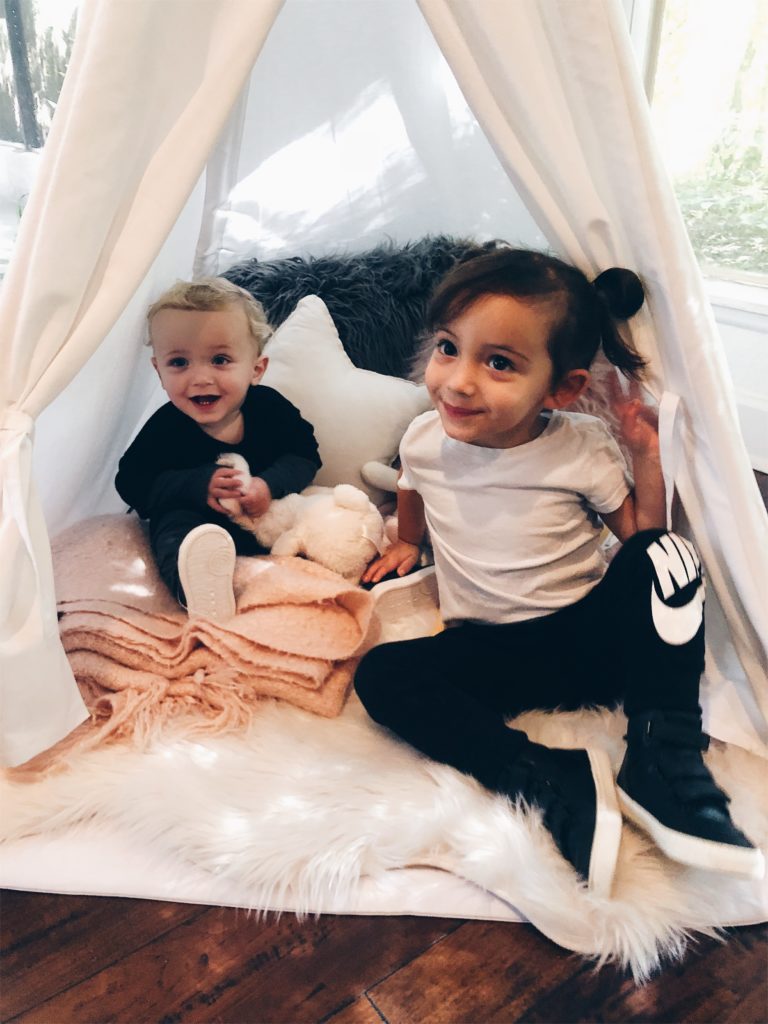 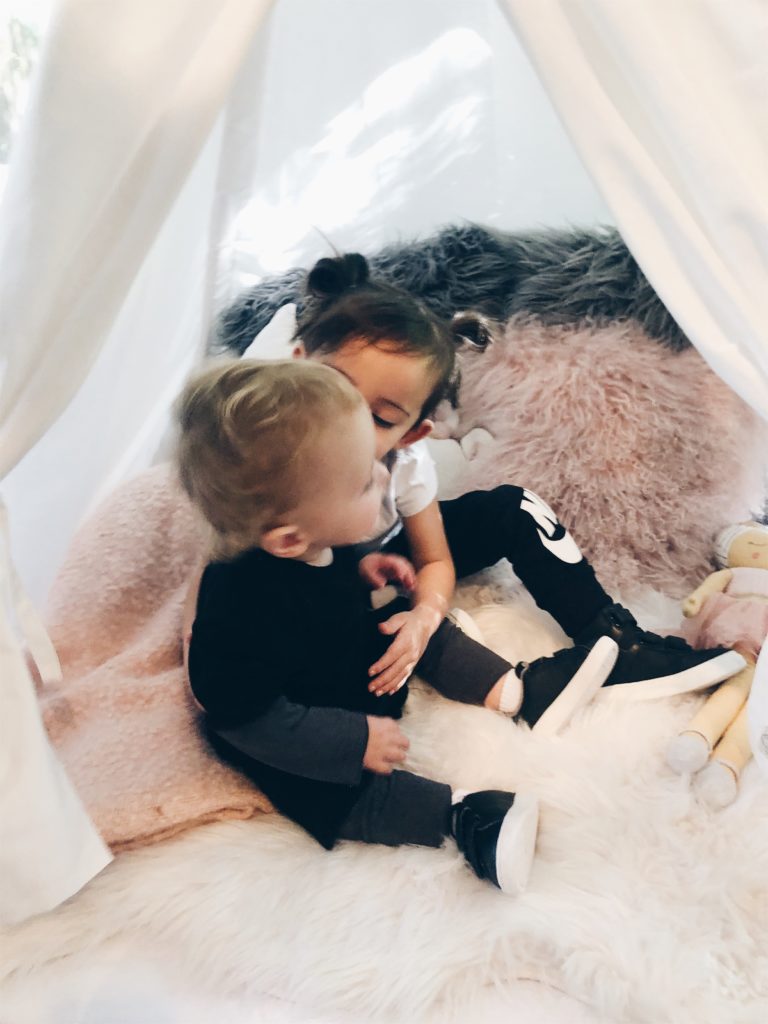 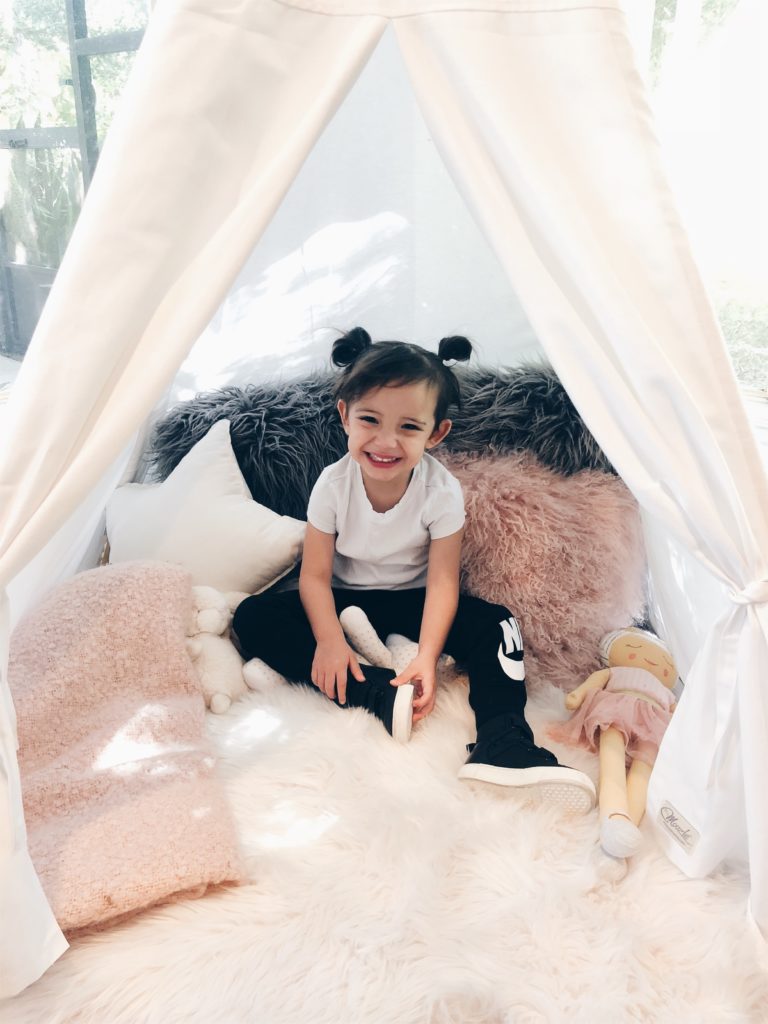 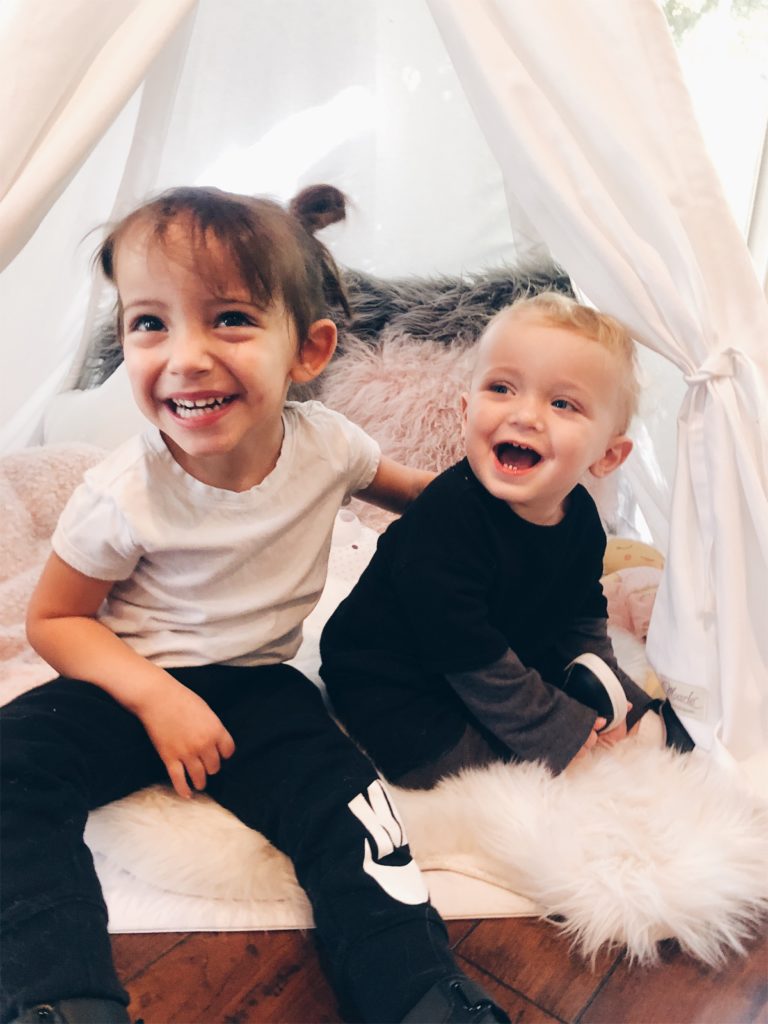 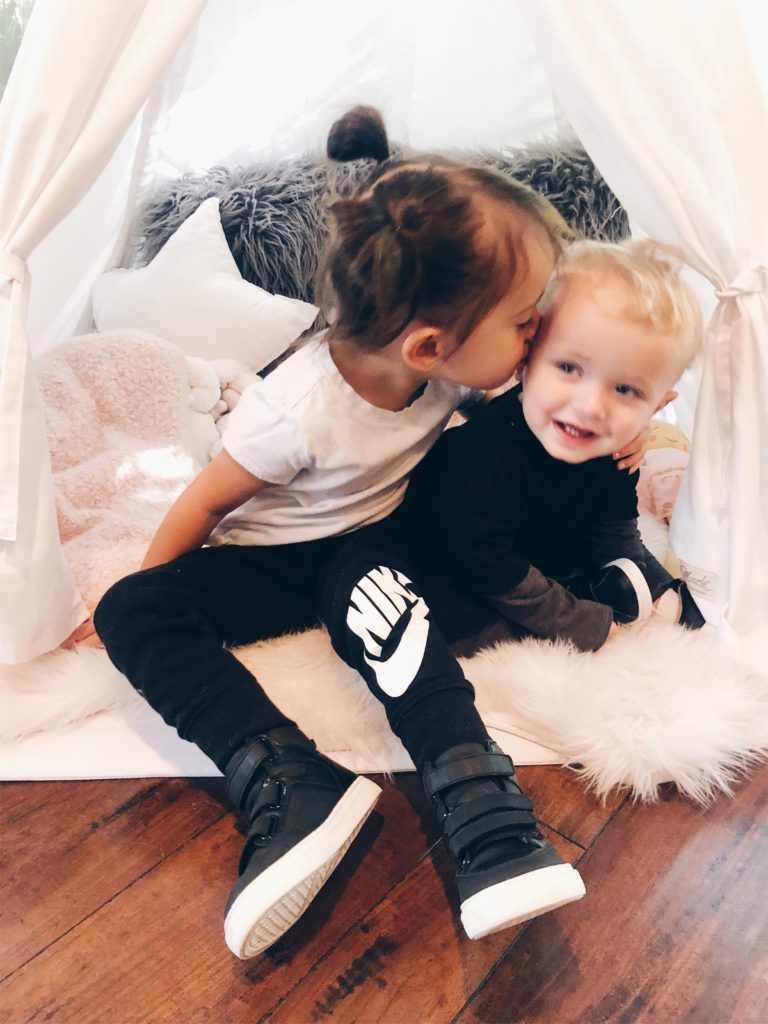 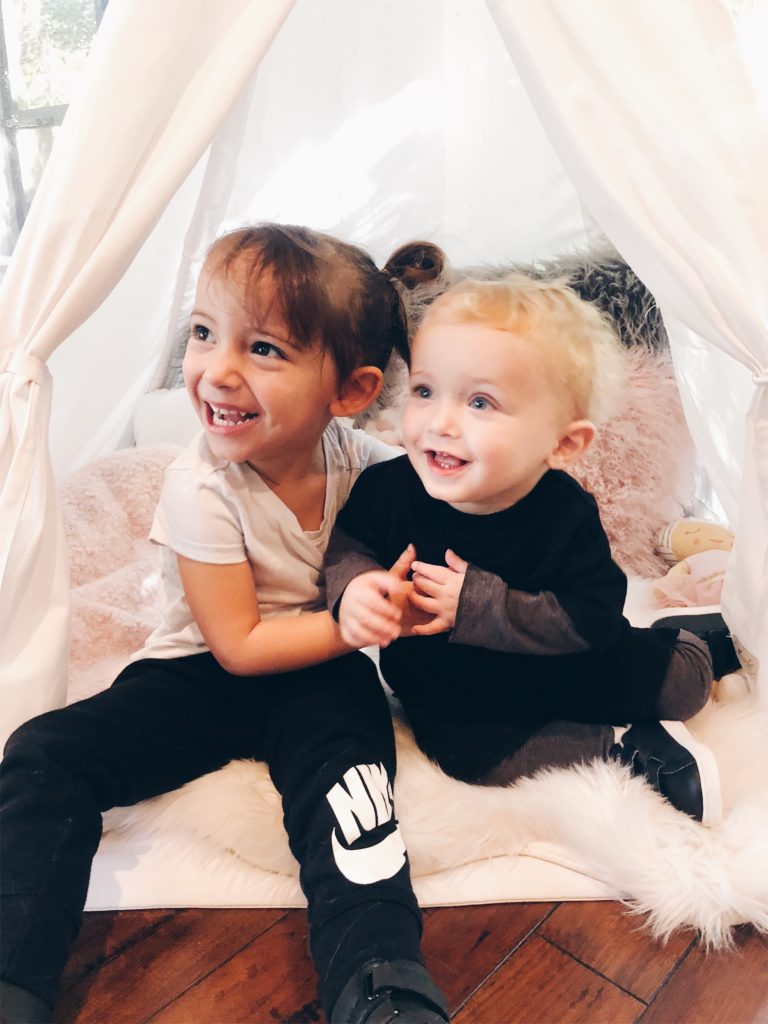 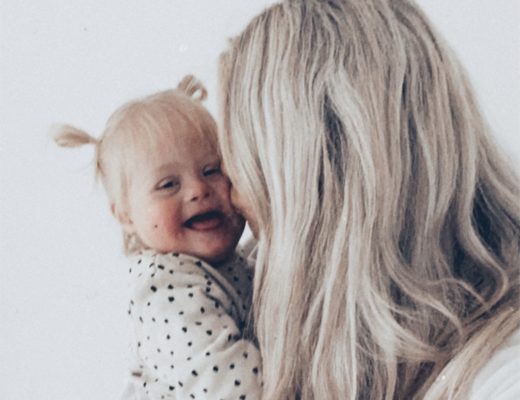 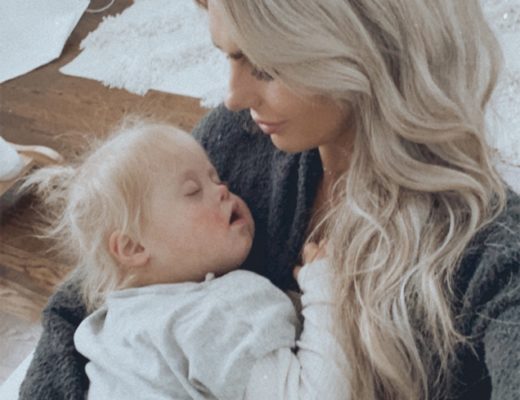