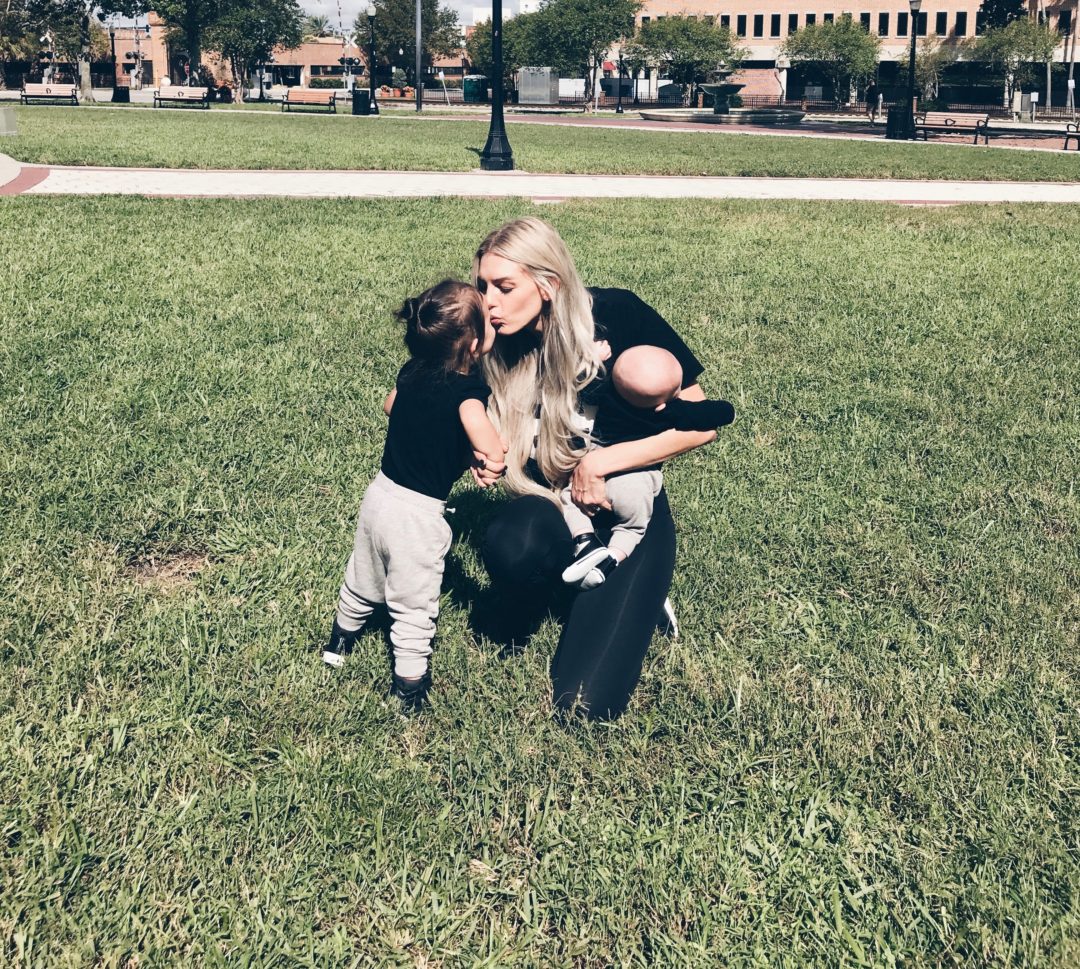 Hiiiiii everyone! From time to time I want to give you guys a little update on the kiddos and the stages they are at! I want this for myself more than anything, so I can go back and read it as they get older because time is flyin’ and I borderline can’t even deal! 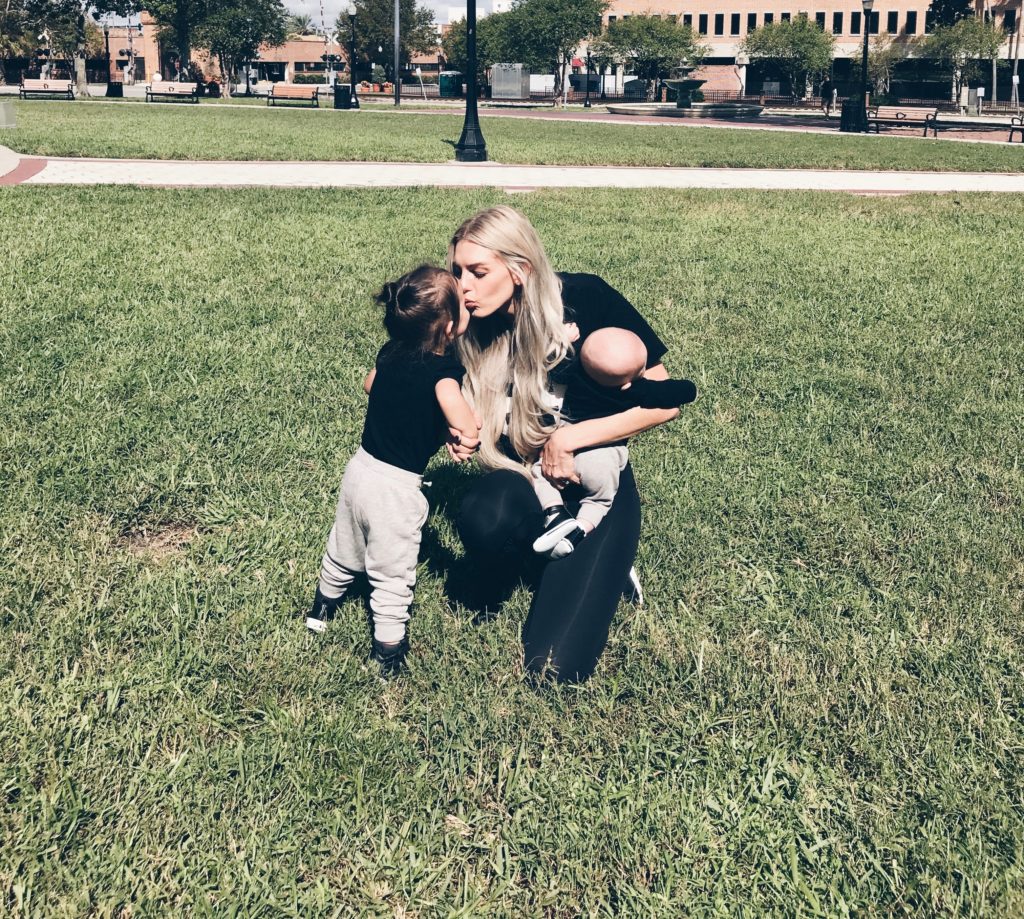 Let’s talk about the little lady Mia Danae, she is almost two!! Gahhhh she is so precious!! I feel like every day I am watching her become more and more independent as she tries new things and her little fears drift further and further away.

She is the slide queen! She used to only go down if Tomas and I were with her now she goes down all by herself and unassisted! She is Queen of the park!

She loves school, it was questionable there for a little bit because she cried every time we dropped her off. Now when I wake her up and tell her she has to get ready for school, she screams “YES, YES, YES!” and darts for her lunch box.

She has fallen in love with all things cuddly and snuggly. When we first got her she wasn’t a fan of blankets or stuffed animals, now it would be difficult to find her without them. When I tuck her in at night she has at least 10 stuffed animals piled around her and 2 soft blankets and when I wake her up in the morning she tries to hold all of them while I get her out of the crib –thankful to have those BC muscles 😉 .

When she first met Tomas and I she clung to me right away. It was an instant sweet bond that I never took for granted. We became best friends so quickly I could get emotional just thinking about it. With Tomas it was a little different, she didn’t have a problem with him but she was definitely cautious. She really made him work for it lol and every day was a new day where he had to prove himself to her. She didn’t have too many male influences in her life prior so it was definitely new for her. Well now she is a Daddy’s girl to the max. When she sees him her eyes light up, the first thing she asks me when she wakes up in the morning or from a nap is “Where is Daddy!?!?” I know she loves me so much but the way she looks at him and loves him is so so sweet.

I am so excited to celebrate this little girl allllll week! I am not much of a Birthday’s person but having kids has completely changed this for me. It literally feels like Christmas! I am excited for Mia to feel like the Princess she is all week long. When I ask her how old she is turning she puts her pointer fingers up on each hand says “ooowww”- nailed it kid, please don’t grow up!

Baby Booyyyyyyy,  oh man my heart… he has a grip on me like no other! He is 3 ½ months of pure sweetness and finally hit the percentile charts with a whopping 2%, he is so little and so cute!  He is gummy smiles 24/7 from the second he wakes up to the moment he falls asleep. He laughs, coo’s, and smiles and my heart explodes into a million pieces just about every time! In my eye’s he can do no wrong and I don’t think he ever will! 😉

We finally have him on a schedule and this has been a game changer! This might sound crazy but I use to wake him up at 8pm at night and he would be up until like midnight with me so we could have some one-on-one time and he would sleep a lot during the day. I wanted to make sure I was giving them each enough attention but it made for some pretty long days. Up at 6:30am and asleep at 1am with being up every couple hours for feedings. I think God gave me a grace for that season because I can’t imagine doing that again lol. Now he goes to sleep a little before or after Mia around 8pm and has given Mama some very much appreciated quiet time (hence why I have been blogging more!). I have been able to get soooo much done and I feel like a new person!

These little one’s are EVERYTHING to me. I get the honest question a lot of “do they really feel like yours?” The answer is 100% yes! I love them SOOOO much, every feeling and emotion a new Mom has I can resonate with. I think about them 24/7 and they are my world!

I am loooovvving being a Mom. I was pretty nervous in the past about what a huge life-change it would be but it has only been for the better. Sure, it would be nice to wake up (after a full night’s rest) and be out the door in 15 minutes, but chasing Mia around the house for 20 minutes to change her diaper (which she thinks is the most hilarious game) is way more fun, those giggles are everything! 😉

Thank you guys for following our journey, we love you! XO 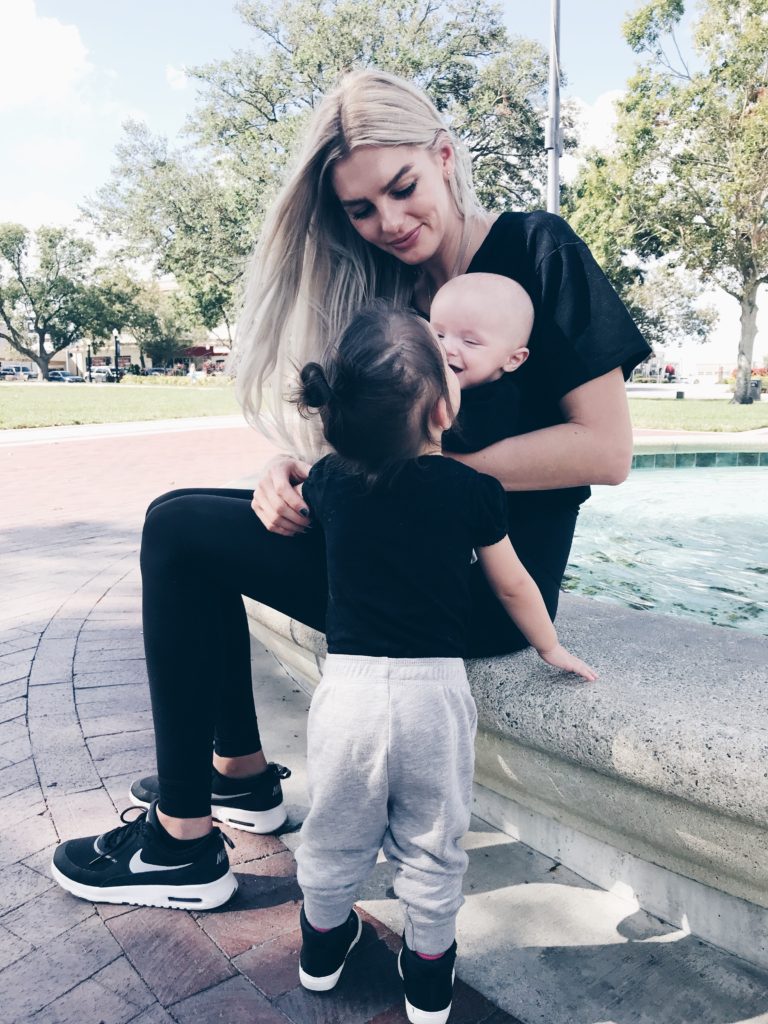 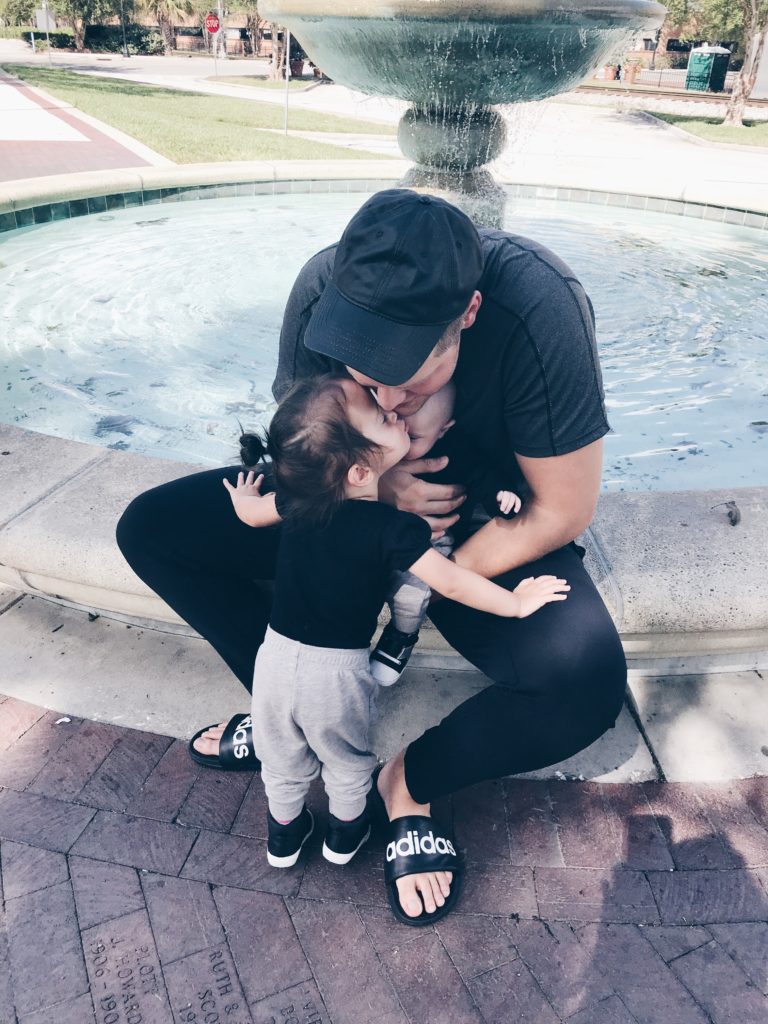 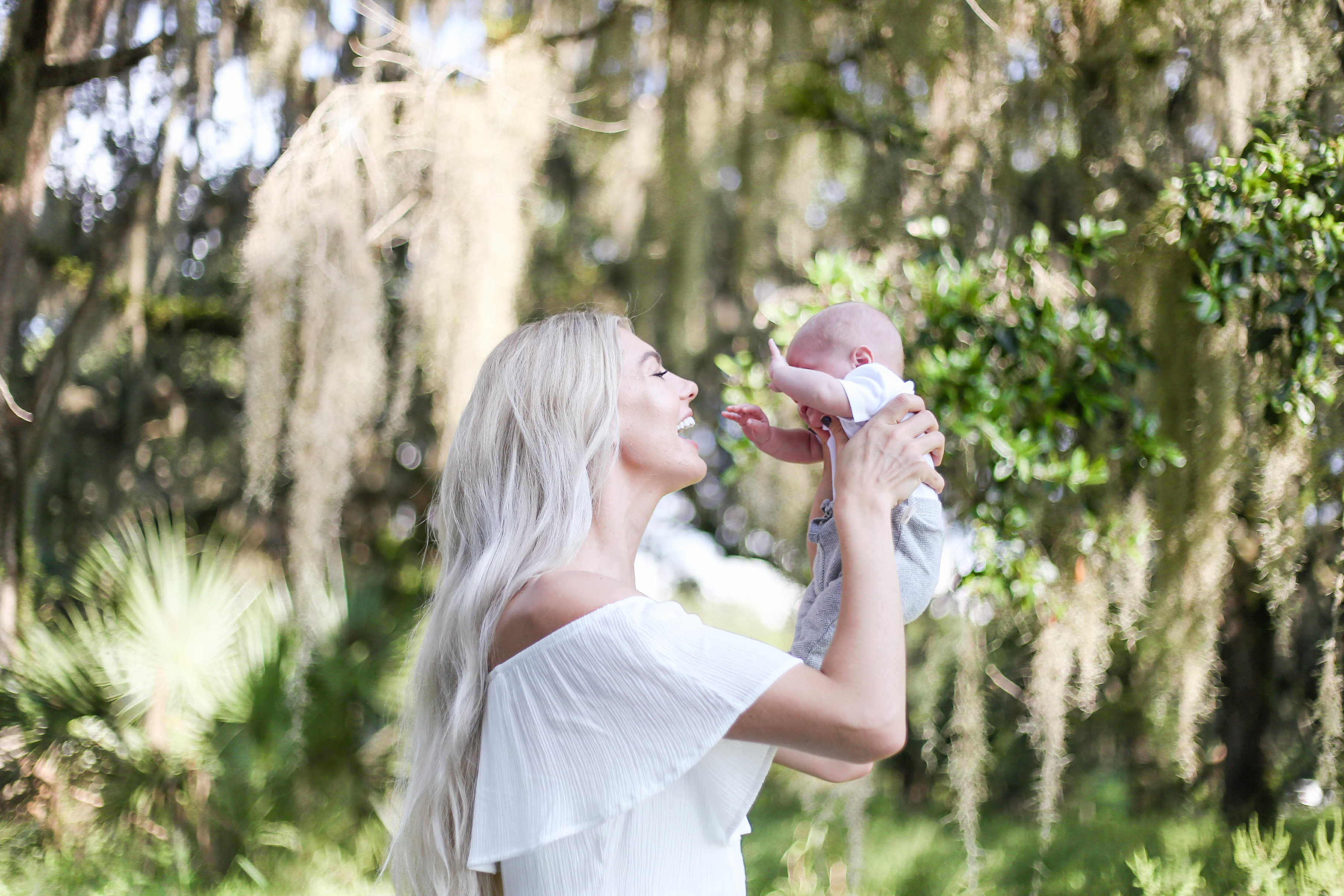 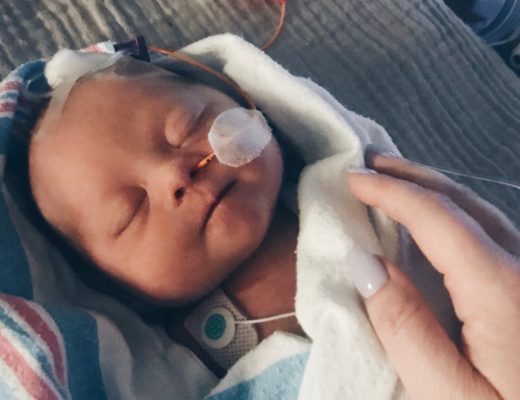 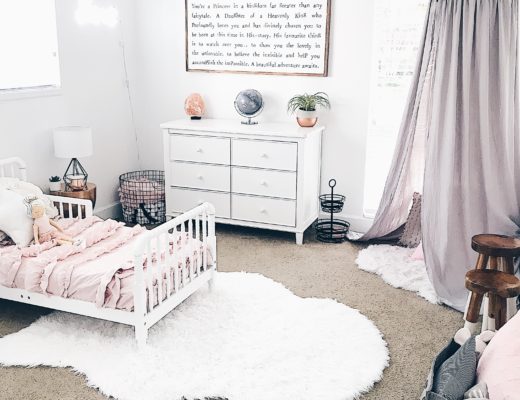 Aria’s Down syndrome story part 2: The next mo

In honor of Down syndrome awareness month I wanted

Our family signed with a modeling agency and today

I feel like we are finally starting to find our rh

The other morning I was talking Tomas and shared w

I never thought I would be a medical mom, to be ho

Aria’s Down syndrome story part 2: The next mo

In honor of Down syndrome awareness month I wanted

Our family signed with a modeling agency and today

I feel like we are finally starting to find our rh

The other morning I was talking Tomas and shared w