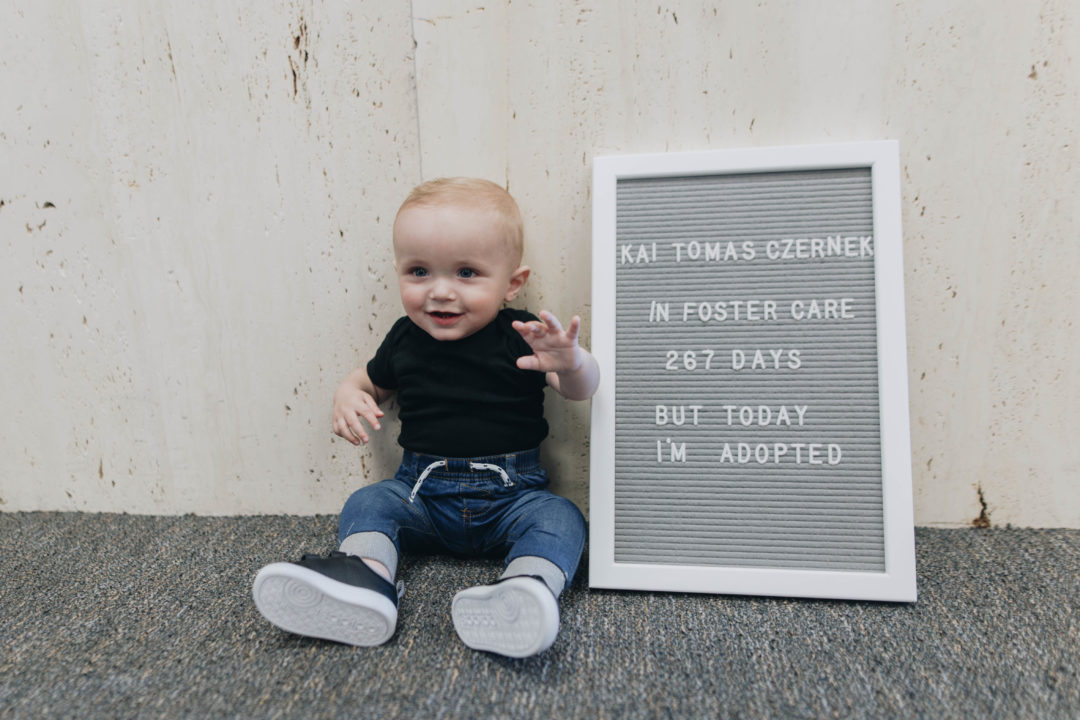 I wanted to come on here and write about all the amazing things surrounding Kai’s adoption and part of me thought the longer I waited to write it, the more I would be ready to do that. I thought I would be able to skip over the hard parts, ok honestly the agonizing parts. The parts that kept me up more nights then I can count, sent my anxiety through the roof, made me more vulnerable than I have ever been but also kept me relying on God like I never have before. In this situation, I was not in control.

Without going into all the details of whose fault it was, where the communication was lost, who’s to blame, honestly none of it matters but as Tomas pointed out to me, from the second Kai was born we were at war. At war with an enemy who knew what a world changer this little life was and made us fight for it every step of the way. As Andrew Gard always says, people are not the enemy, the enemy is the enemy. I needed that reminder. We almost didn’t even get placed with him, it was a possibility that he could be taken away, there was soooo much up in the air for the longest time and there was nonstop waiting. I never went into any of this information with anyone outside of a few close friends and family, and honestly, I could barely talk to them about it. I almost felt paralyzed when sharing with them because of the fear that consumed me, the fear of losing my son.

I protected my mind and heart constantly. I never let myself entertain the thoughts for long which is part of the reason why I never talked about it. I was careful what I read about adoption and even the Instagram accounts and blogs that I followed. And I prayed. There was nothing else to do, I had to fully rely on God and know He was in control and I held onto that with everything in my being.

So, on Kai’s adoption day I was overwhelmed. I was experiencing so many emotions and for a very non-emotional person this was a lot. I lived so in my head that day. I was angry about everything that had happened from the start up until that point, relieved that we had finally made it to this point, excited that Kai was going to be my son forever and there was nothing that anyone could do about that, and drained because I was emotionally exhausted from the journey.

We went to the court house with some of our closest friends and family. We sat in front of the judge who signed off on his new name and identity and declared him ours forever. We went back to our house and celebrated with cake and desserts and when everyone left and the kids were in bed, Tomas held me and I cried. I cried and I cried and cried. It was like there was so much going on inside of me I had to let it out and since he’s my safe person I could do that. He validated everything I was experiencing and prayed for me.

I needed that to be a turning point. The closing of a chapter and the start of a new beautiful one, and it was. We talked, I processed, I cried some more, and I came to terms with everything that had happened. It was done, and for the first time since being placed with the kids, I could just be their Mom. No paperwork, court appearances, state check-ins, or threats of them being taken away. Now I was Just their Mom. It was freeing and it was exactly how it was supposed to be.

To answer your question, yes, I would do it all again. Actually, I would do it 100 times over to have Kai forever. He is the sweetest most precious gift. The amount that I love him overwhelms my heart so much that just thinking and writing about him wells my eyes up with tears. He exudes joy and if you are around him for 5 seconds your day is made because one look at that smile and you are done. He already has the gift of peace, contentment, joy and love. The calling on his life is huge, no doubt. He looooves people!!! This kid experiences FOMO (fear of missing out) in a way I have never seen before, he is so outgoing and is wildly a little Tomas. God is crazy like that 😉 I LOVE being his Mom and forever thankful that God chose me.

Kai Bear, you are my little love. I will cherish you always and do my best to help you be everything God created you to be. You are so strong and a warrior for God, you have been fighting since day one, I am thankful for the front row seat I have in your life watching all of it come to pass. You are my son, you are mine, and now no one can ever take that away, happy adoption day, Bear. I love you forever, Mom. 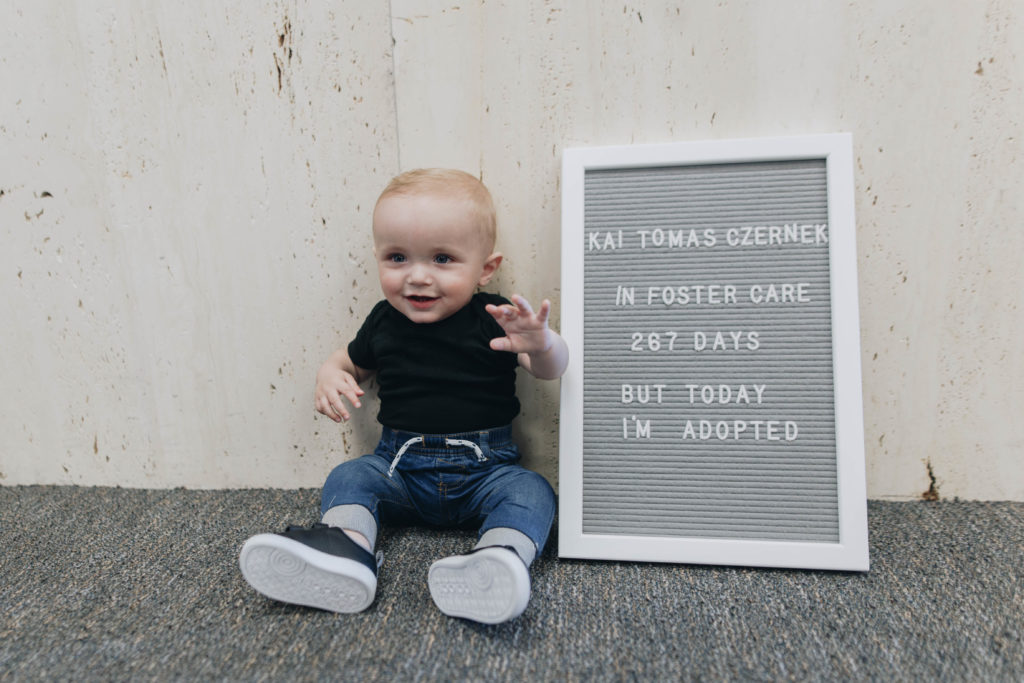 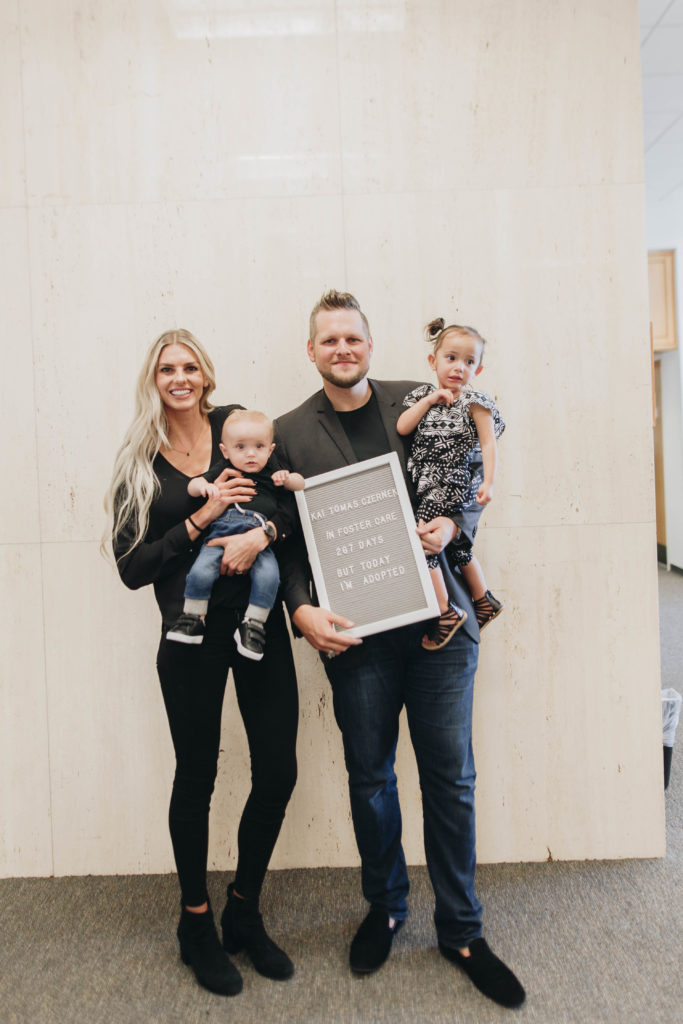 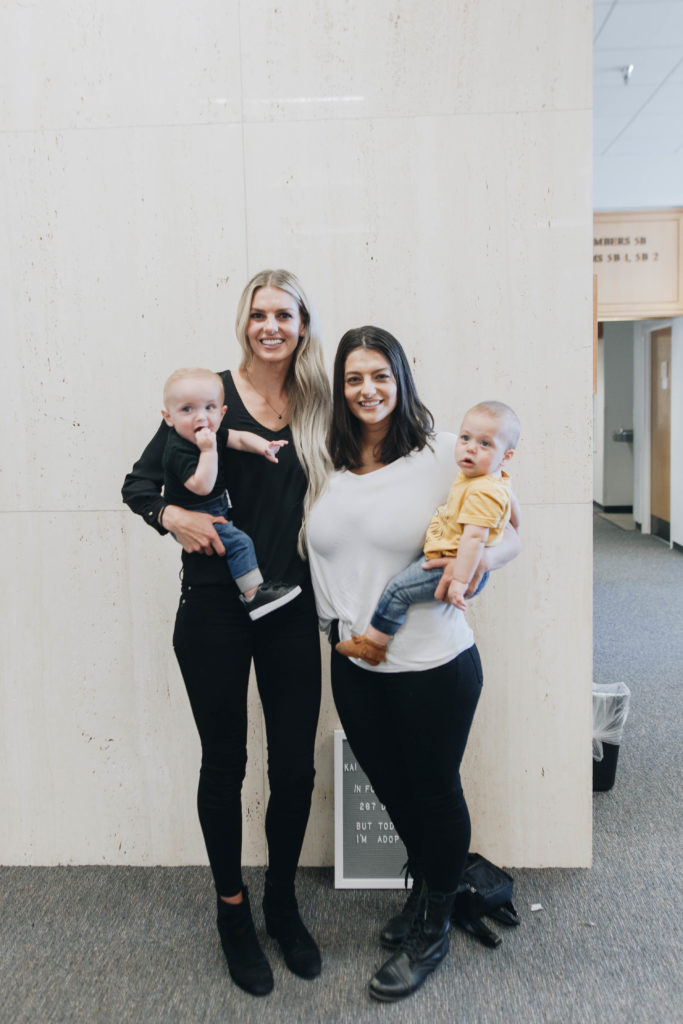 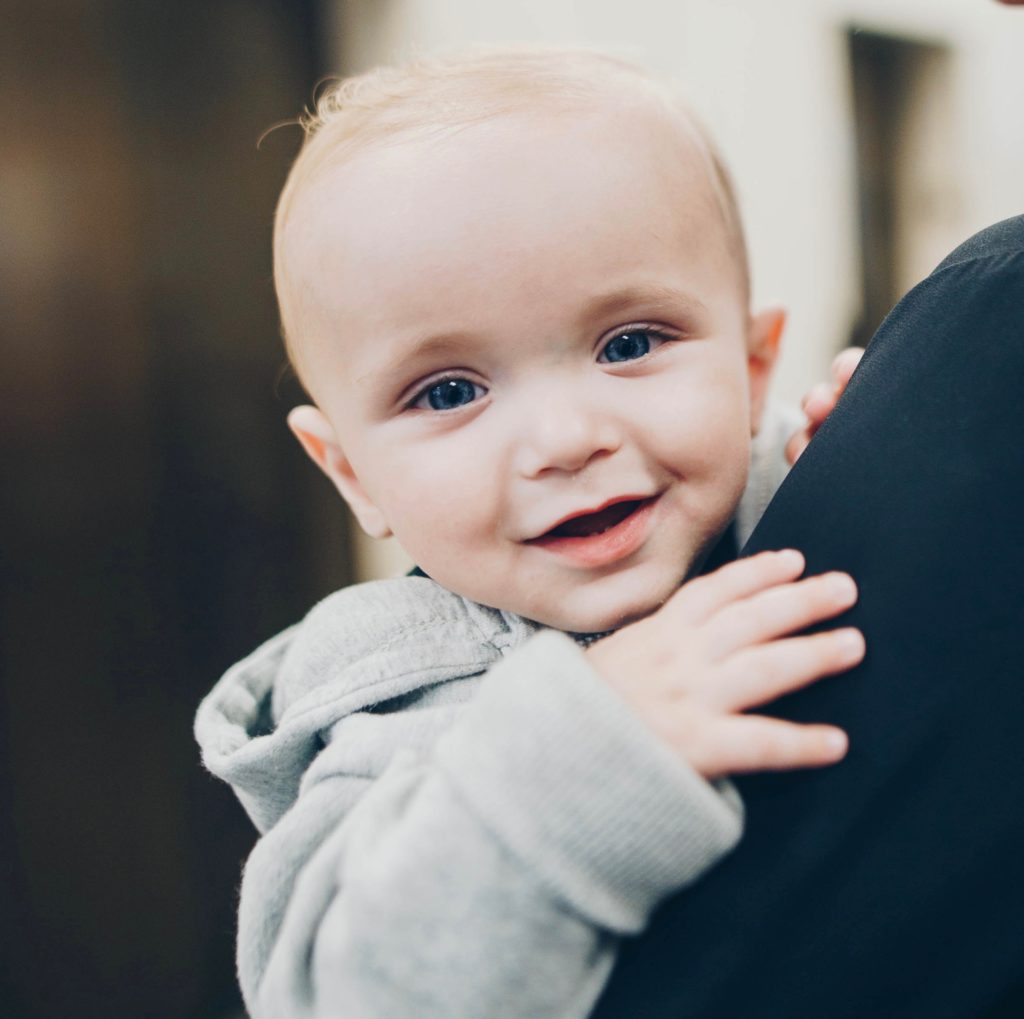 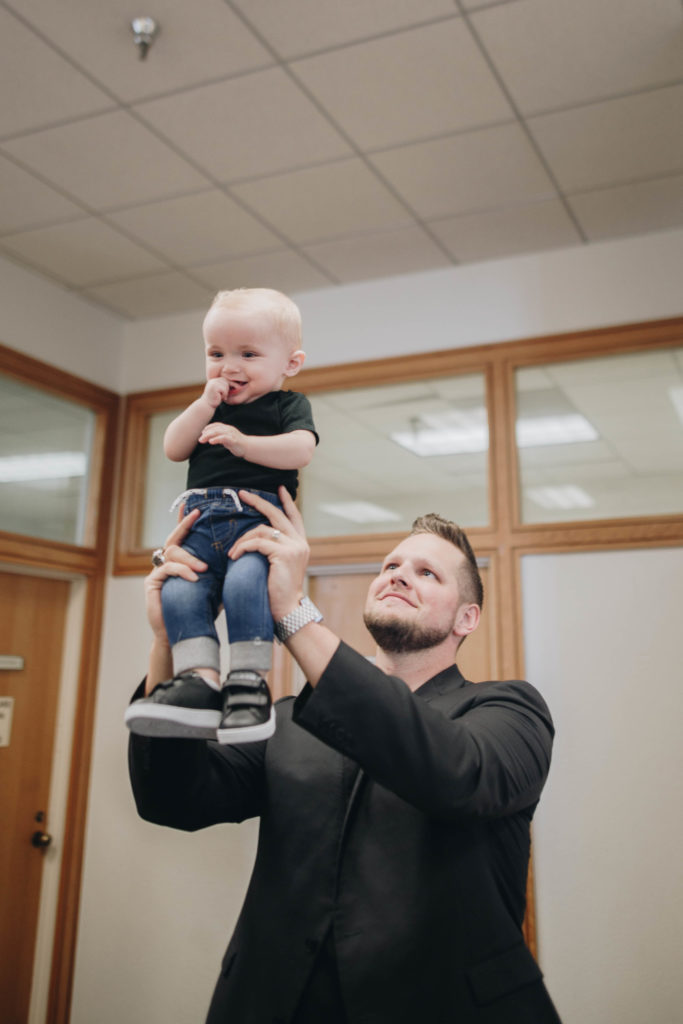 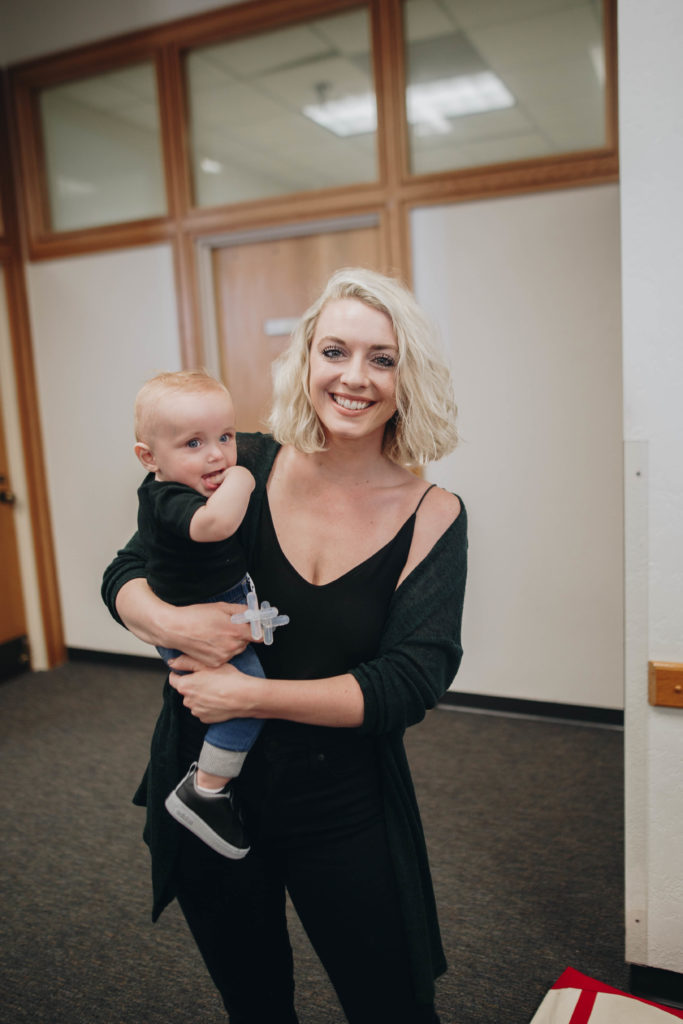 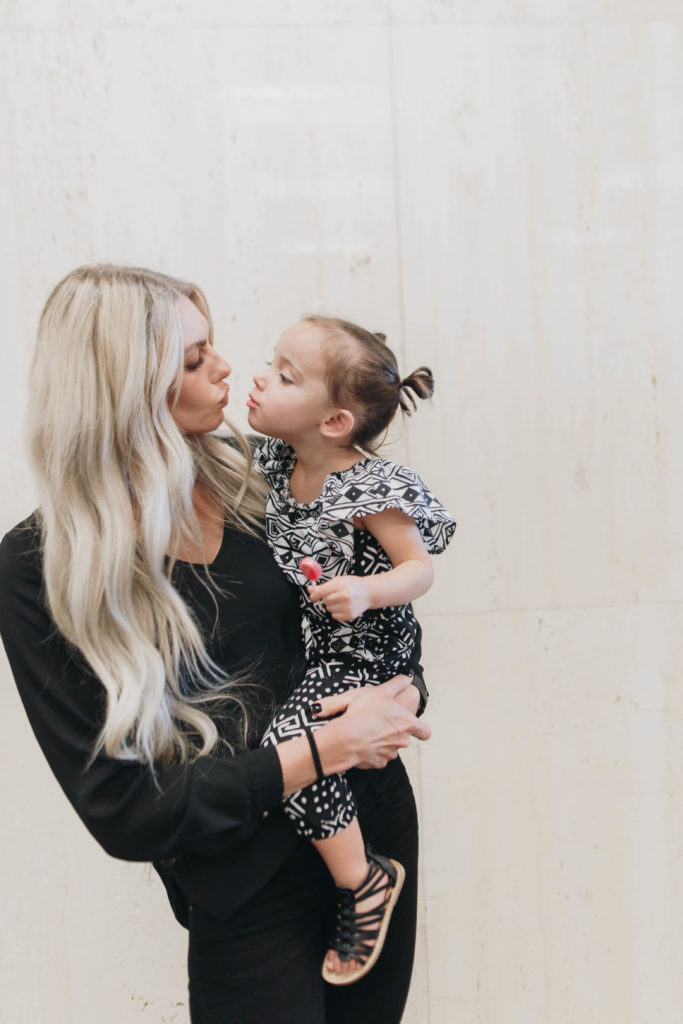 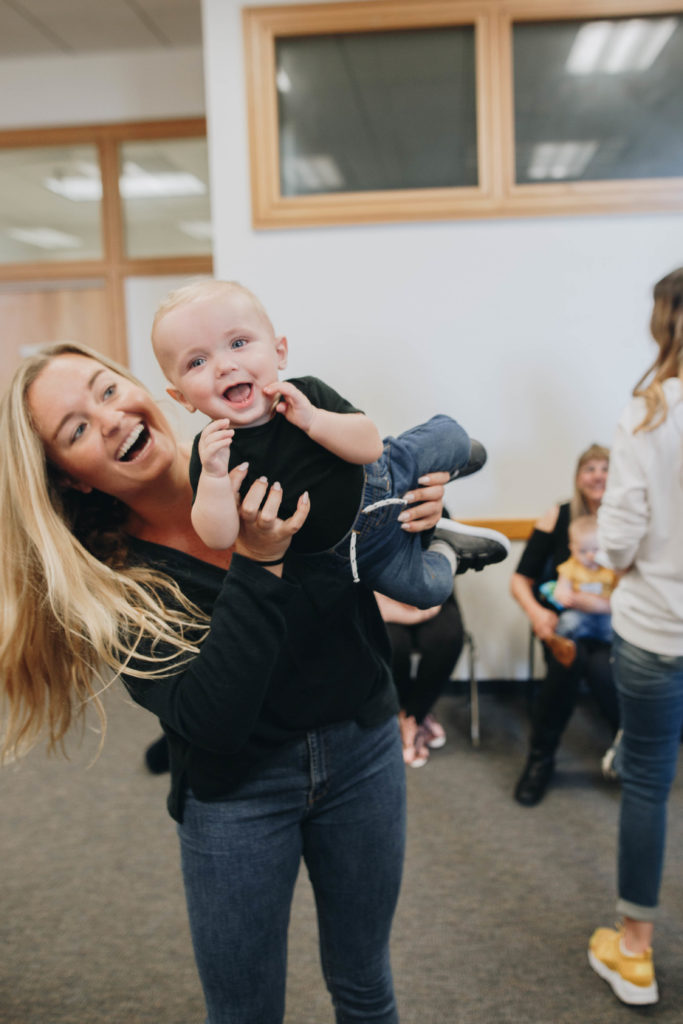 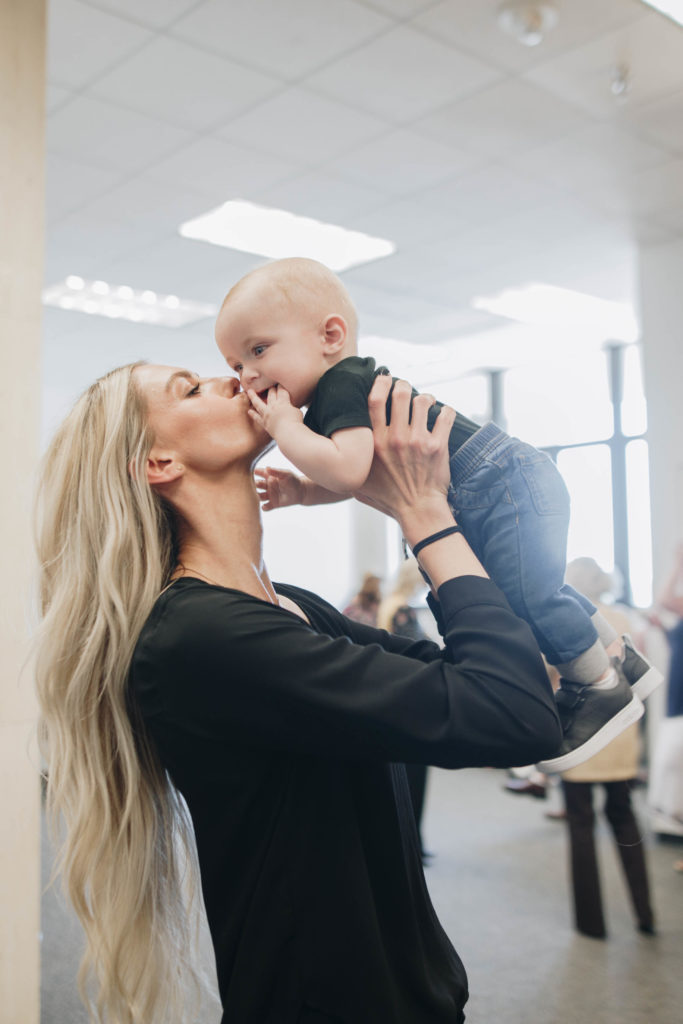 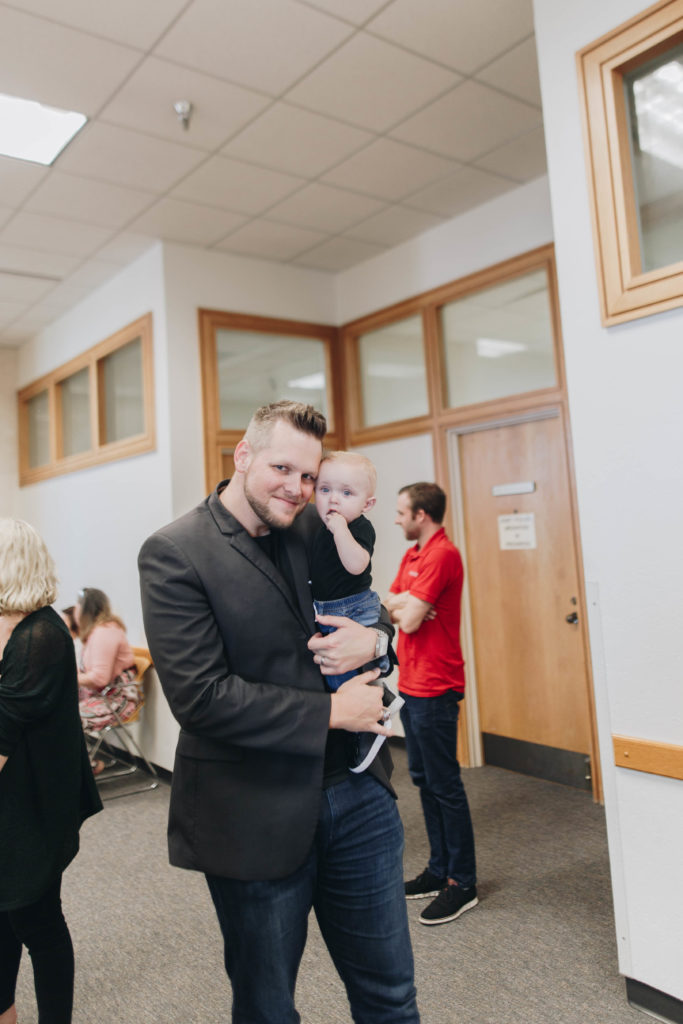 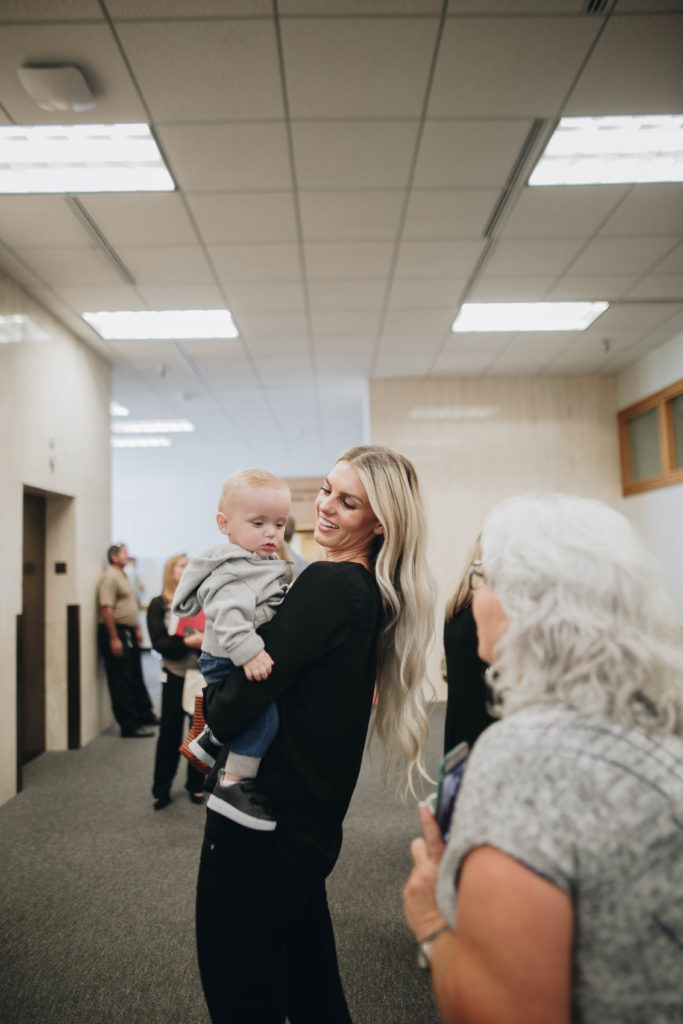 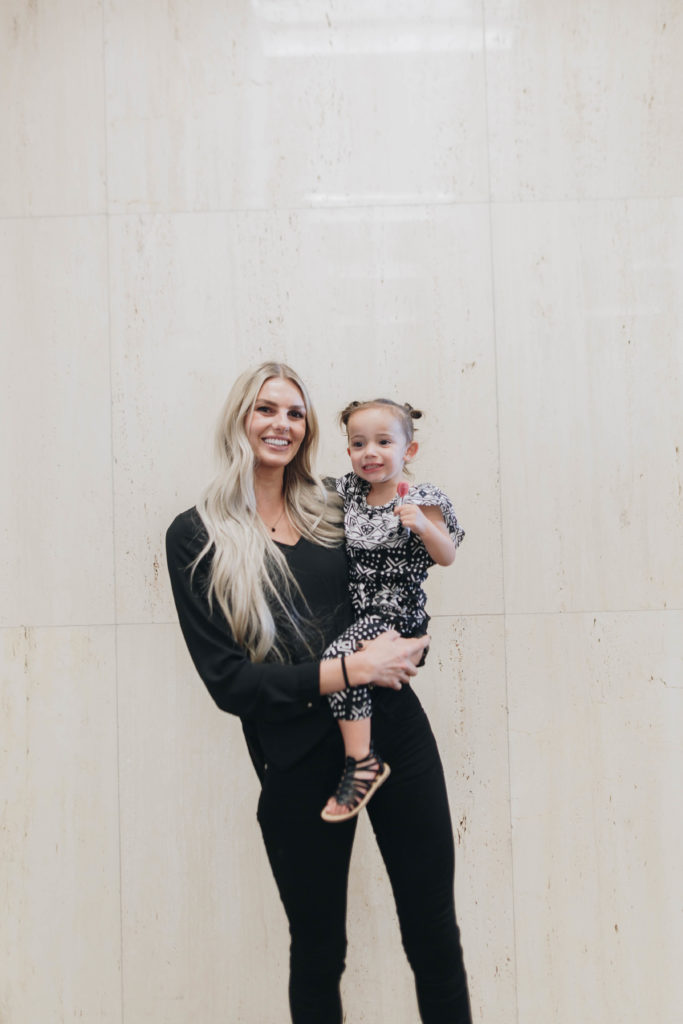 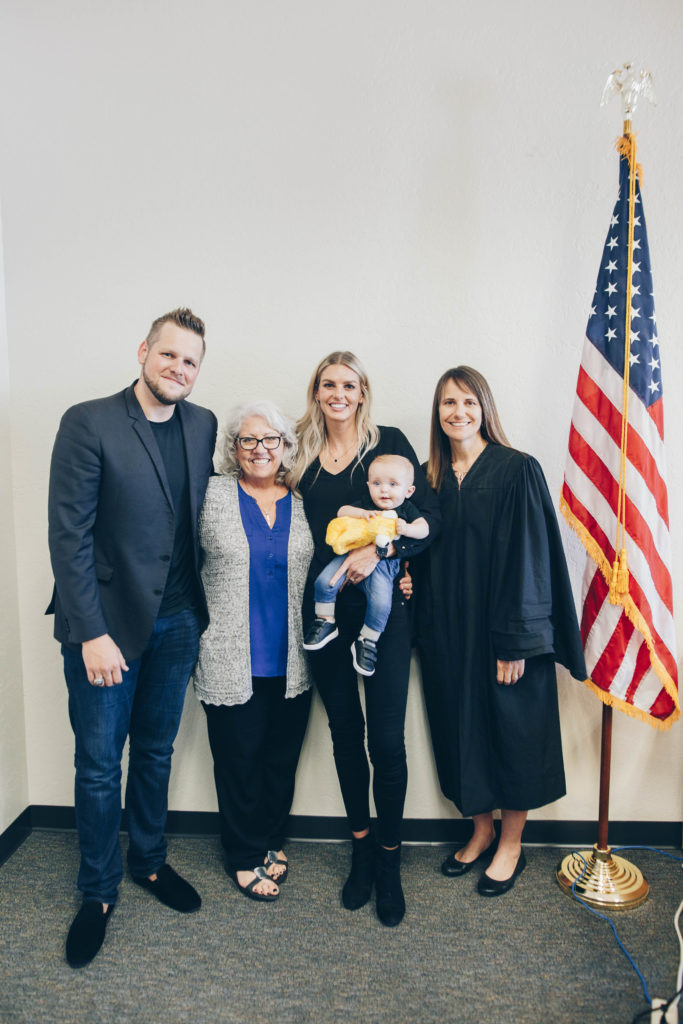 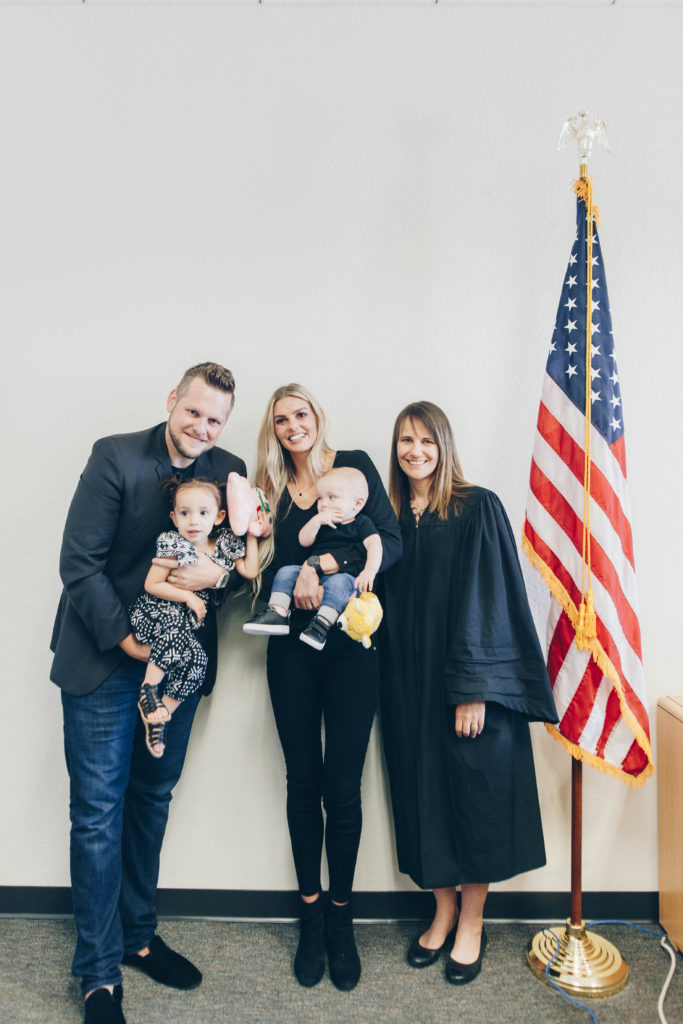 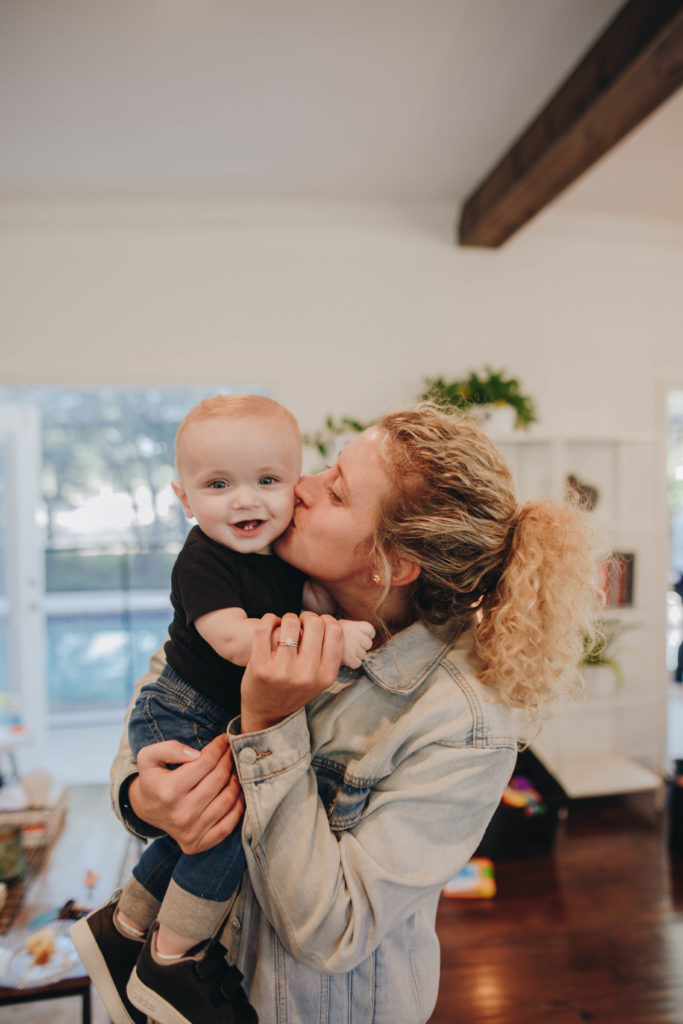 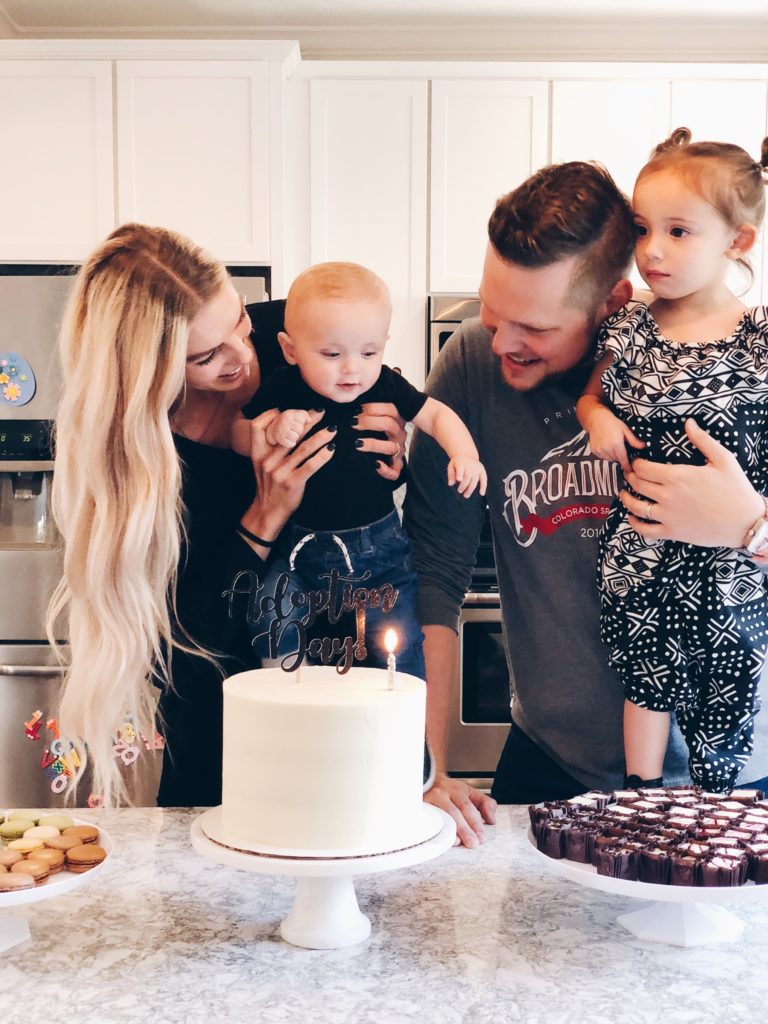 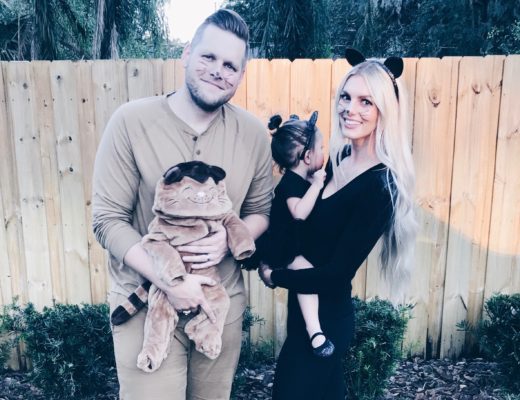